One of the reasons for starting a blog was to be able to write down stuff for future reference. Even if there’s a better guide elsewhere on the web, at least I’ll have a place where I know I can find the solution I found a year later without having to search for it.

So here’s a brief introduction to ImageMagick, found mostly by some Googling and trial & error rather than structured reading of manuals.

I want to upload some audio clips to YouTube. Nothing pirated, but official concert recordings of the choir I sing in. For a few of those, we actually have videos, but the rest of them should have a static image, composed of a group photo from the concert where the clip was recorded, the choir’s logo and a label displaying the title of the piece. As I need this for several clips and don’t want to mess around manually with GIMP every time, I wrote a little ImageMagick script to perform the task.

I’m working with ImageMagick 6.6.9-7. I’m sure older versions will do, as I only used fairly standard functionality, but I didn’t do any research as to what the minimum required version is. ImageMagick is available for Windows, Apple and Unix systems, so the following should work pretty much everywhere. The final script is a Bash script, so Windows would require some tweaking.

To install ImageMagick in Ubuntu, if you don’t already have it, just do this:

As described above, I have two images and a text string and want to combine them into one stamped image. The base image is a group photo of the respective concert. That means that it different audio clips may use different base images. I’ve decided to stick to a 1280×720 resolution for all of them though, so all positioning numbers are based on this.

Here’s an example of a base image: 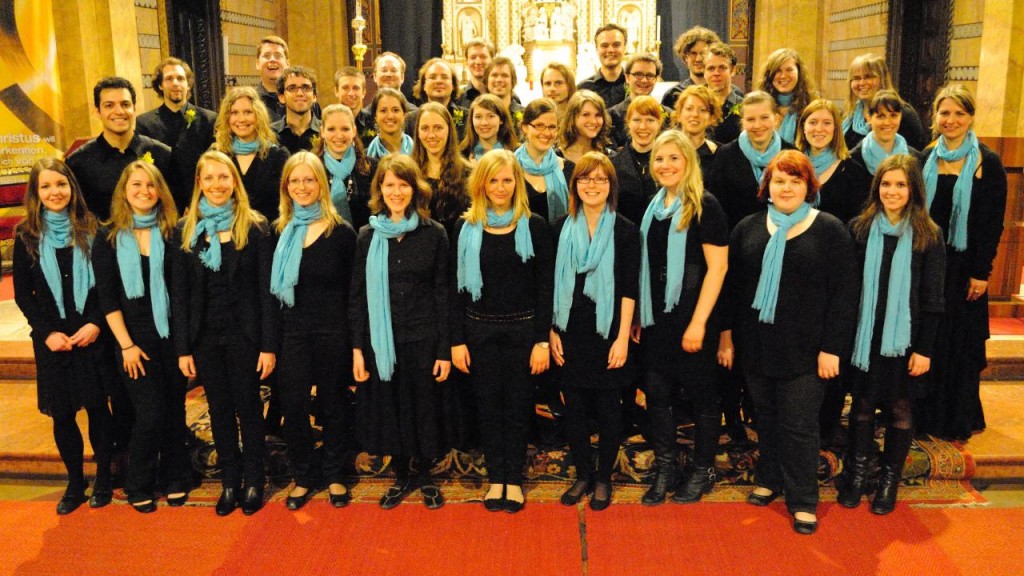 The name and path to the base image will be passed to the script as a parameter.

Next, the logo. To stay flexible, I’m using the full resolution version of our logo as the source and let ImageMagick scale it to my desired size. This’ll make it easier to change sizes later on if I want to.

The logo file will be named logo-amerlingchor.png and placed in the same directory as the script.

Note that it’s a simple black text with transparent background. This’ll make it easy to stamp a white version of it with a black shadow on top of the base image.

Finally the label. We decided to use Century Gothic Italic as the font, based on our CD cover designs. The label should be stamped left aligned at the bottom of the base image, with a black background. After some experimenting I decided on a text size of 30, with height of 50 pixels for the background rectangle.

I installed the TTF file of the required font via KDE’s font installer to make it available to ImageMagick.

The final version uses convert‘s ability to handle a list of operations to create the entire image with just one call.

The script has three parameters:

I start by calling convert and providing the base image:

Next, I specify the font family and size. To figure out the name of the available fonts, I used the following command:

The draw operation allows be to draw both the black background rectangle and the white text on top of it:

Finally, the logo. I’ve decided on a width of 350 pixels and an offset of 20/10 from the top left corner. I could use the following line to simply stamp the logo image there with these parameters:

Note that the specified vertical size – 200 pixels – is ignored because the scaled image maintains its aspect ratio. 0 would result in an empty image though, so I just used a random number roughly (very roughly) in the correct range.

The above command would stamp the black logo on the base image. I want a white image with a black background, though. The logical way to do this would be to compose a logo stamp by placing a white version of the logo on top of the black version, offset by a few pixels, and then to stamp the result on the base image. To create a white version of the logo, the -negate option comes in handy, which simply inverts all colours and keeps the transparent pixels transparent. For logo using only the colour black, this results in a white image. With a coloured logo as the starting point, the correct approach would be to create a matching shadow by using an all-black version of the original image.

I’m lazy though, so I didn’t compose the shadowed logo in advance. Instead, I simply stamp the logo on top of the base image twice:

The coordinates offset the shadow from the white logo by two pixels in both dimensions. 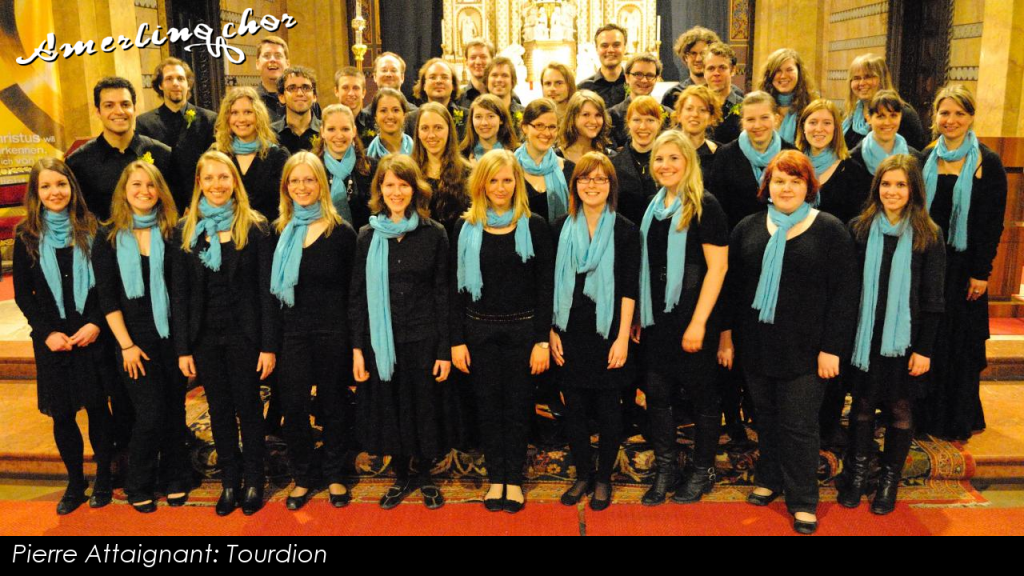 For the above image, I call it like this:

This entry was posted in Graphics and tagged imagemagick, stamping images. Bookmark the permalink.

One Response to Stamping images with imagemagick