Posted on August 5, 2012 by Marian Schedenig

Well, here it is, finally. After months of promises and several aborted rewrites, Grep Console 3.0 has been released.

The new version addresses several suggestions I’ve received since the release of version 2. New features of this release include: 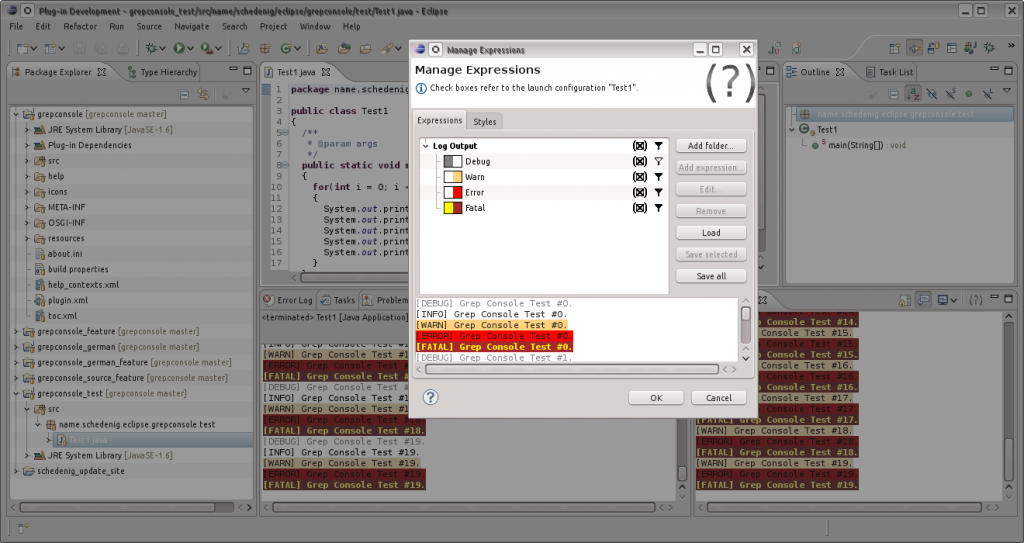 Due to the new features, Grep Console has become more complex. The user interface in particular has increased in complexity (the main reason for two aborted earlier attempts at version 3). Feedback regarding the new GUI is welcome, as of course are all other comments, bug reports or suggestions. Please refer to the feedback page.

To install the new version, go here. As before, Grep Console is released under the Eclipse Public License.

Over the next few days I’ll be adding posts describing the new features.

This entry was posted in Grep Console, Uncategorized and tagged eclipse, grep console. Bookmark the permalink.